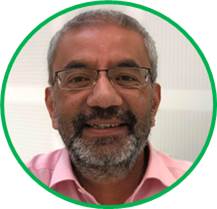 In a bid to mitigate the potentially devastating effects of shutting down the country’s economy to curb the spread of coronavirus, Chancellor Rishi Sunak has announced a raft of changes to tax and spending in a bid to boost jobs, encourage consumers to spend and ultimately cushion the economy from the worst effects of the lockdown.

Billed as a Summer Economic Update, today’s announcement is perhaps most accurately interpreted as an emergency budget, which puts in place quick-fix measures which are designed to boost the economy in the short term, ahead of October’s Budget.

The update does very little address the underlying macro-economic impacts of this downturn, which means it’s unlikely to be enough on its own to pull the UK out of an impending recession. I’d interpret this as essentially an emergency response to the downturn and expect to see longer term solutions which address these underlying economic weaknesses in the full Budget this Autumn.

Two of the big ticket items in today’s announcement were directed at home-owners and home buyers – abolishing stamp duty for those buying a home worth £500,000 or less and a £2bn Green Homes Grant scheme which aims to cut carbon emissions and bolster the economy.

Any additional support for home-buyers is welcome news, particularly in the current environment and this could give some would-be buyers the incentive they need to take the plunge and buy a new home.

There have been similar packages in the past which were focused on people buying their first home, but this new proposal will be for all buyers. This will benefit homeowners looking to upsize and downsize, as well as first-time buyers. First-time buyers in London, where the average price of a first home is £425,000, will particularly benefit from this change. The measure will run until next March, which is a reasonable window for buyers.

Mortgage rates are near to record-lows, which is also likely to help the housing market over the coming months, particularly for those buying more expensive properties. I would also expect more homes to come on to the market, particularly around this price bracket, as the stamp duty cut would improve the saleability of their home.

By setting the threshold at £500,000, this will go some way to helping older homeowners who have lived in larger houses for many years, and who want to downsize, but were unable or reluctant to do so because of prohibitively high stamp duty costs

However, this measure is unlikely to solve the inherent issues in the housing market. The cut will mostly help buyers materially in high value areas, which are mostly in the south east and south west. The average first home in northern regions below £150,000 and around 90% of first-time buyers in England won’t see any benefit from this change.

It’s also a temporary measure which is likely to be a sticking plaster for the immediate issues around confidence in the housing market, rather than a long term solution.

It might be better to consider reforming the entire stamp duty system so it accurately reflects today’s housing stock and pricing, as well as focusing on ensuring that the right types of homes are built in the areas which need them.

Alternatively, the Government could look at extending the Help to Buy scheme which would have longer term benefits to those buying their first home, people who are upsizing and also give a boost to the construction industry, one of the sectors which has taken a hit during the lockdown.

The Green Home Grant scheme aims to give hundreds of thousands of homeowners and landlords in England up to £5,000 per household in grants, rising to £10,000 for lower income households. The £2bn Government scheme aims to help householders pay for environmentally friendly improvements including insulation as part of the Government’s £3bn package to lower carbon emissions.

It also aims to give a jobs boost, with the Treasury claiming this could support 100,000 jobs in the construction industry.

This is a positive move which benefits homeowners, with the Government covering two-thirds of the cost of home improvements which save energy. For example, if a homeowner installed cavity wall and loft insulation at a total cost of £5,000, the Government would cover £3,300 of this, with the homeowner paying the remaining £1,700. The grants are set to launch in September.

There are many aspects of this scheme to be applauded. It seeks to cut emissions and make the UK’s aging housing stock more sustainable, whilst boosting jobs and saving homeowners money on energy bills.

However, only homeowners are eligible for this scheme so renters won’t feel the benefit unless their landlord decides to invest money to improve their home. It’s also not as generous as similar schemes in France and Germany.

Overall, this is a move in the right direction which is likely to benefit both homeowners and local businesses hit by coronavirus.

The Government has opened its cheque book in the hope it will kick-start the economy by encouraging people to start spending and give a boost to the industries which are struggling.

Whilst the Chancellor has put in place measures aiming to boost growth, support jobs and training for younger people, it might have been better to have raised the threshold for National Insurance contributions instead. This would have the double effect of boosting spending power of those in work and reduce payroll costs faced by businesses and thereby support jobs. This may be one of the macro-economic changes the Government will consider for the Autumn Budget.

The aim of this update was to get the economy moving again, mitigate against the effects of unemployment and stimulate growth. The Government wants consumers to reach into their pockets and spend – so it’s not surprising there’s very little in there to help savers.

However, I would urge the Chancellor not to lose focus on the financial resilience of households. A third of households don’t have any savings and this crisis has only highlighted the hardship this can cause. Whilst the Government may be tempting consumers to spend, it shouldn’t do this at the expense of the nation’s financial wellbeing.

All information correct at time of publication.